Carlos Rojas was first introduced to painting in a community art school in Leon, Nicaragua at the age of 13.

After studying traditional styles of Nicaraguan art at the school for several years, he finished his studies there in 2003 and went on to teach other students in the school. He also formed part of an artist group consisting of other graduates from the school and participated in several exhibits and competitions, as well as in the creation of murals.

The group later went on to found a community art school, “Taller Artistico Xuchialt,” in order to provide a low-cost opportunity for young people to study many different art forms.

Carlos moved to Minnesota in 2005. His work blends various artistic styles, characterized by a combination of strong colors, representations of his cultural heritage and ideas that explore what it means to be an immigrant living in the United States.

Tammy Ortegon lives in South Minneapolis with her husband and her two sons. She owns the Color Wheel Salon and Gallery, which features Tammy’s artwork along with that of other local artists. Tammy’s folk art style is alive with vibrant, textured color. Her work is inspired by the peoples of the world and their stories. Her vision is to offer a unique perspective of how we see each other, and start a dialogue among people that leads to communication, information and understanding, as well as working with others to create social change through the arts. 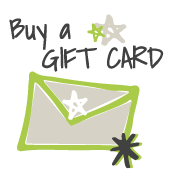